Warning: The following contains spoilers for She-Hulk through episode 5 and all of the MCU. Read at your own risk.

Look, She-Hulk: Mean, Green, and Straight Poured Into These Jeans isn’t the worst episode of television ever. I mean the title used the Oxford comma so it gets points from me for that alone. But ultimately it was just… there. There were no jokes that hit so hard they stood out. The A plot was flat and the B plot was oddly paced. It’s a fine enough ep to have playing in the background while you’re making dinner but overall I’m coming down on the side of “meh.”

May as well get into it.

Why She-Hulk’s Fifth Episode Was Meh

These subheadings write themselves sometimes, what can I say?

I had high hopes for the ep, which was maybe my fault. It was written by Dana Schwartz, known for such excellent parodies as Guy From Your MFA and Dystopian YA Novel. So my expectation when I saw her in the line up was that we’d be getting some excellent jokes out of it. And don’t get me wrong, “Avongers” was cute but MODOK did it already and one-upped the gag with “Kids love Spooder-Man!” Also when you have an episode where only one joke really hits that tends to imply that joke came from somewhere else. (Or multiple jokes like it were in the original script and squashed in rewriters, see also what happened with Joss Whedon’s jokes in the first X-Men movie.) (I mean Joss Whedon can go suck eggs but still.)

Now part of the issue may be that Dana doesn’t have a lot of experience with writing TV episodes like this. But I’m also inclined to wonder if it’s due to Anu Valia, who directed. Anu’s got a comedy background but in production, not directing. Also while some of this could’ve been fixed with some edits (more on this in a sec) when you have the actors themselves being flat in their performance that tends to point to the person telling them how they’re supposed to play the scene.

I mean how do you have Renée Elise Goldsberry be flat? The woman can hit an emotional beat  like nobody’s business plus she has excellent comedy chops. There’s plenty of examples to point to there but I’d be failing my duties if I didn’t insist you drop everything and watch her in Documentary Now’s Co-Op which is, in fact, one of the greatest episodes of television ever to hit the screen.

Instead the only highlight we get is Mallory Book’s facial journey when reading She-Hulk’s dating profile in court. Which was beautiful, but again not enough to make an ep worth paying attention to.

Likewise there’s Jameela Jamil who always brings life to a role especially when she’s parodying a wannabe socialite and influencer. Moreover she’s got a vested interest in making fun of beauty product scam artists. Having her as Titania should be a walk in the park: put her in the makeup and outfits (which were pitch perfect, by the way) and let her chew the scenery to her heart’s content. Instead, as with Mallory, she was flat. Just saying lines. The only energy Jameela could try to bring was in some physical reactions during the courtroom scenes and even those played oddly due to pacing issues.

Which brings us to the story itself. As you might imagine given my previous complaints it was good that the B-plot was immediately tied to Jen. But the way they handled it was strange. Why have Nikki say she needs help getting better outfits for She-Hulk then have Mallory say Shulkie needs better clothes? Why not just flip the order of those scenes? Also why have Mallory bring up the need for better clothes as a requirement of her taking the case when Jen never had to dress better while in court? It only comes up again at the end with Jen herself doing a fourth wall break to point out she forgot about it. Like… just don’t? We didn’t need Mallory forcing the issue when Nikki doing it on her own was totally fine? It’s not the end of the world but it’s weird, especially when you can just as easily not have those lines.

Also with Jen’s case the emotional beats, when we did have them, were weird. Having Shulkie’s dates on the stand was a fine enough callback but the problem is the other callback is back in episode three when Jen herself testified and humiliated Dennis Bukowski. I don’t think this was the intention but the result is that this scene feels like an answer to what Jen did: she humiliated someone and is now humiliated herself in the same way. It implies a karmic lesson she deserved. Except Dennis is a douchebag who deserves having his ego tweaked. It wasn’t even Jen’s idea to go on the stand for him in the first place. Nor was Jen rude to her dates either as herself or as She-Hulk.

If the scene had existed on its own it would’ve been fine: Jen tried dating disappointing men, they continue to disappoint on the stand. It’s just the juxtaposition with Dennis gives extra layers of meaning which make a merely okay moment more of an icky one.

Finally, everything with Titania’s story was - I mean I hate to keep saying it but le mot juste here is “meh.” We’ve had a buildup since episode one that Titania is one of Shulkie’s primary antagonists (creepy scientist guy is obviously the other - no spoilers. I mean obvious thing is obvious.) But what we got here didn’t do anything for the story emotionally. Either this is the last we’ve seen of Titania in which case… okay? Not even a wet fart of a climax. Or she’s coming back in the episodes we have left and in which case what did this episode do to increase our interest in seeing that happen? We already knew Titania didn’t like She-Hulk. At the end of this episode Titania still doesn’t like She-Hulk. There’s no character or story progression.

So yeah just meh all around. Keep it on while you’re heating up a Stouffer’s lasagna or something but don’t drop everything to watch it.

(Do drop everything for that Documentary Now! episode though, seriously.)

And that’s all we’ve got! Here’s hoping next week is better. Thanks for reading. 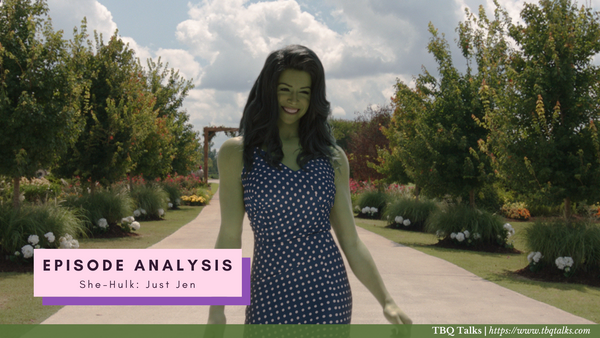 She-Hulk's sixth episode shows more of its sitcom strengths but still has a way to go. 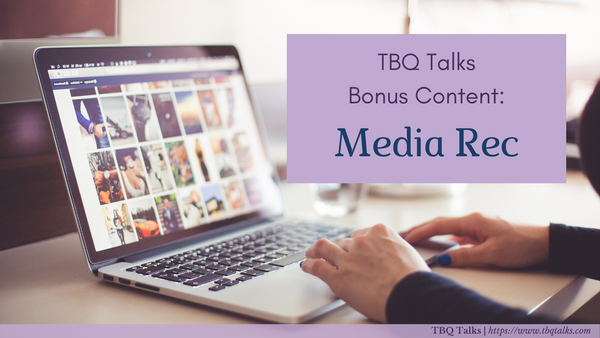 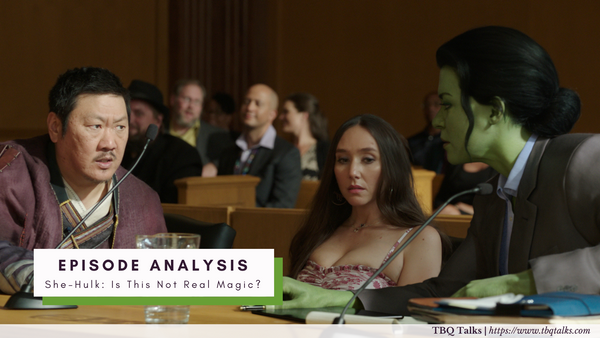